NIXON IN CHINA By Eric Shanower

- March 17, 2015
San Diego Opera's official unofficial cartoonist, Eric Shanower, was back last week live sketching our rehearsal of NIXON IN CHINA and below you can see the fruits of his labor.

For those of you who have not been keeping up, Eric is still writing Age of Bronze, his comic book series that tells the complete story of the Trojan War, published by Image Comics. Currently being puclished by IDW also is a four-issue comic book series that he wrote, Little Nemo: Return to Slumberland with artwork by Gabriel Rodriguez. IDW is also currently re-packaging his Oz graphic novels in oversize volumes as Adventures in Oz. Forthcoming in September 2015 from HarperCollins is his short comics story "Love Packs Heat" in the anthology Taking Aim: Power and Pain, Teens and Guns edited by Michael Cart. Also coming in fall 2015 from Dover Publications is a new printing of his illustrated children's book The Giant Garden of Oz. 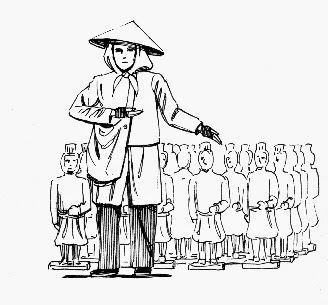 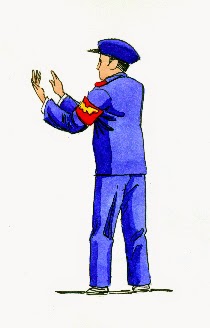 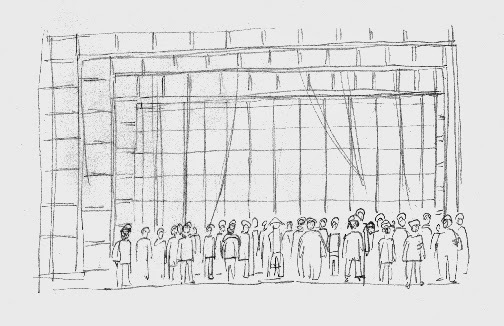 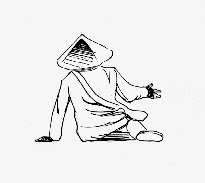 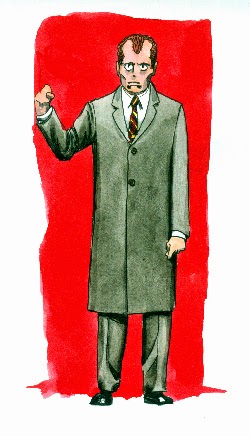 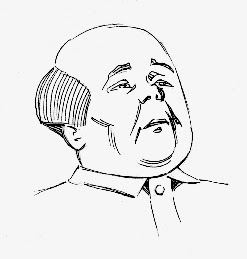 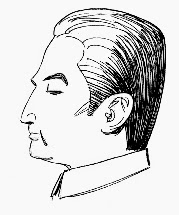 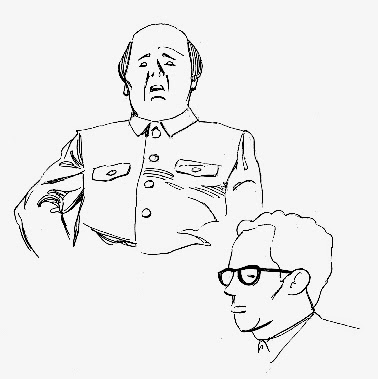 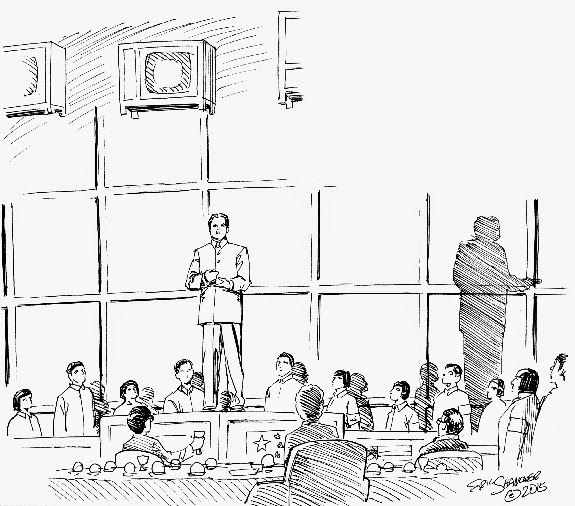 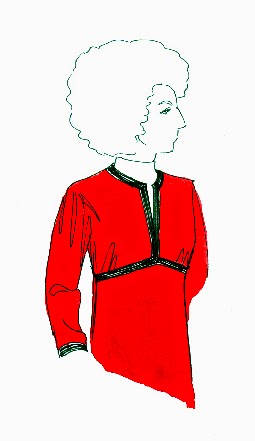 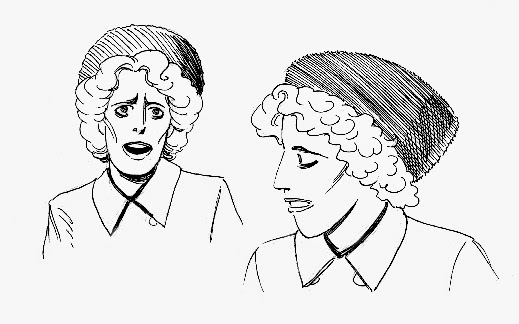 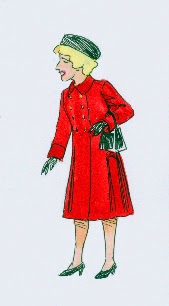 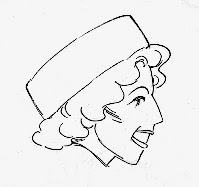 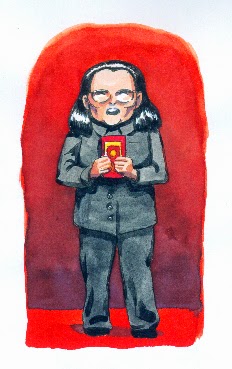 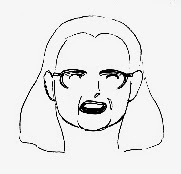 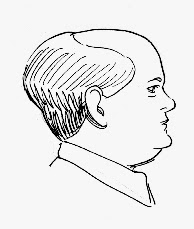 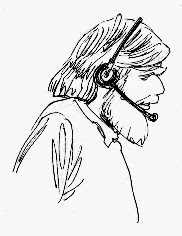 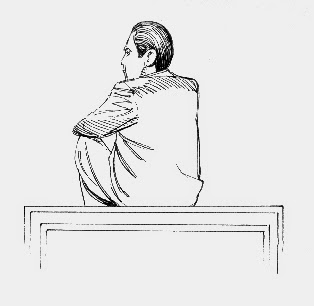 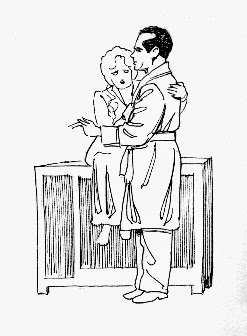 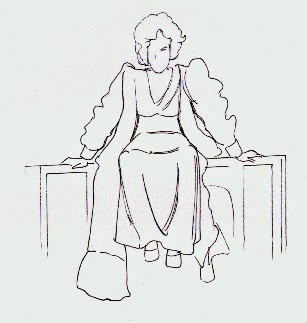 Bonnie Bekken said…
Just returned from my second Nixon in China experience and saw these telling illustrations. You've captured this exceptional production. Especially liked how you depict Pat...
March 18, 2015 at 9:57 AM

- April 11, 2011
A few weeks ago Dr. Nic shared with us 10 interesting things about Der Rosenkavalier, born out of an agonizing ride in the elevator where we stopped on every floor from the subterranean parking garage to the 18th floor.

Luckily we didn't have to recreate that experience to get 10 interesting facts about Faust...

2. The best known tune from Faust, Valentin’s aria “Avantde quitter”, was added in 1864, a couple of years after the premiere of the opera (1859) for performances in London. It was sung in English at those performances and the French version followed later.

3. Although the story of Faust is based on Goethe’s original verse play (1806), it only covers Part I of the poet’s version, avoiding the more philosophical depths of Part II.

4. The source of the story of Faust was an actual person, a Doctor Johann Georg Faust…
Read more

- April 27, 2011
It was another long elevator ride from the parking garage where we cornered Dr. Nic and asked him to give us 10 interesting facts about Carmen. Sure, we might have hit the buttons so we stopped at every floor and refused to let him off until he shared what he knew, but in the end, it was worth it. With Carmen rehearsals now underway, today seems like a perfect time to share 10 Interesting Facts About Carmen:


1. Carmen was not a flop at its premiere at the Opéra-Comique in Paris on March 3, 1875. It ran for 45 performances, well into June of that year.

2. Carmen was certainly a controversial subject for the usually tepid Opéra-Comique which only staged operas with sentimental, semi-serious plots, never tragedies.

3. The orchestra at the Opéra-Comique rebelled against the demands of the score and the chorus, unused to actually having to act onstage, threatened mass resignation.

4. Carmen was based on a novella by Prosper Mérimée who travelled extensively through Spain and heard stories simi…
Read more

- October 21, 2009
Getting ready with Dr. Nic last week for a TV interview he came up with five tidbits about La boheme to be used on air. Live TV being what live TV is, not all of them made it onto the show, but I thought they were interesting enough to be recycled here on the blog.

Besides, I'm busy hammering away at the 2011 press release so pressed for time today.

2011 press release you say? You betcha. But, faithful readers, here's a tidbit: a certain married couple returns to us next season in another opera by Gounod.

Without further ado, five things about La boheme you'll be glad to know

1) Giacomo Puccini’s opera La boheme is one of the three most popular operas ever written but it wasn’t always that way. It was not an immediate success. An opera by a rival Italian composer, Ruggiero Leoncavallo, on the same subject (and also named Le bohème) premiered about a year after Puccini’s and was quite successful. It’s possible that, in fact, Puccini actually stole the idea from Leoncav…
Read more