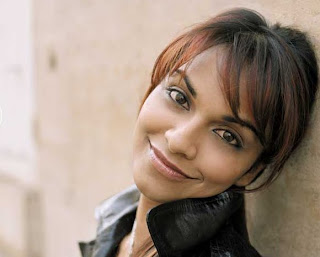 San Diego Opera and the Aria Serious crew are very pleased to announce that we'll be taking part in this year's #OperaPlot contest. What's an #OperaPlot you ask? And while we're at it what's with that funny # sign too?

The #Operaplot contest started a few years ago on Twitter where people were asked to submit their favorite opera synopsis in 140 characters or less. People laughed. People sent them around the interwebz. People voted and winners were awarded. These winners received prizes. Yay, prizes!

Last year the lovely Danielle de Niese was the celebrity judge of the #OperaPlot contest. This year bass-baritone Eric Owens has the honors.

But Danielle de Niese is still part of this year's contest! See, Danielle de Niese will be making a Company and role debut as Norina in Don Pasquale as part of our 2012 season. We decided it would be nice to offer two Orchestra tickets to the Friday, March 16, 2012 performance of this opera.

"And CDs. I'll sign some CDs," she added. So we added some signed CDs to the prize.

"Cake? Do you like cake?" asked Danielle. "Of course. Who doesn't?" we answered hoping there was cake in our future. And there will be - because after the opera we'll take Danielle and the winner (and the rest of the cast of they want to come) out for a post performance dessert/coffee. It doesn't get any sweeter than that. And it really doesn't - because if we felt it was getting sweeter anywhere else in the world we'd just order more dessert. That's how we roll.
So, why not visit the official #OperaPlot page for rules and FAQs. And then tweet away (and don't forget to follow us once you get your shiny new Twitter account set up). For those who don't live in San Diego and was hoping their local opera company was giving something away in this contest, you might be in luck.
And now about that # symbol... People use the # symbol (or "hash tag" as it's called on Twitter) so other people can easily follow a topic in their newsfeed. For example, if you're following our Opera History project on Twitter you'll notice we preface everything with #operahistory - this enables people (and the search engines they use) to focus on this aspect of our timeline and ignore, say, all the Der Rosenkavalier reviews we've been posting this week if they so choose. You and a friend might talk about what's for lunch on Twitter and might preface those tweets with #whatsforlunch - but we digress, it's lunchtime now. Cake anyone?

- April 27, 2011
It was another long elevator ride from the parking garage where we cornered Dr. Nic and asked him to give us 10 interesting facts about Carmen . Sure, we might have hit the buttons so we stopped at every floor and refused to let him off until he shared what he knew, but in the end, it was worth it. With Carmen rehearsals now underway, today seems like a perfect time to share 10 Interesting Facts About Carmen : 1. Carmen was not a flop at its premiere at the Opéra-Comique in Paris on March 3, 1875. It ran for 45 performances, well into June of that year. 2. Carmen was certainly a controversial subject for the usually tepid Opéra-Comique which only staged operas with sentimental, semi-serious plots, never tragedies. 3. The orchestra at the Opéra-Comique rebelled against the demands of the score and the chorus, unused to actually having to act onstage, threatened mass resignation. 4. Carmen was based on a novella by Prosper Mérimée who travelled extensively through Spain and hear
Read more