A Cast Change for the Saturday, April 23 Performance of FAUST 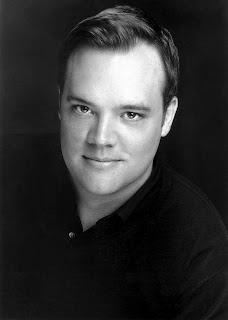 We have a cast change to announce for the Saturday, April 23, 2011 performance of Faust.

Acclaimed American baritone Brian Mulligan will make his Company debut on Saturday, April 23, 2011 when he sings the role of Valentin in Gounod’s Faust, replacing the previously announced Joshua Hopkins who is ill.

Brian Mulligan recently sang Valentin with San Francisco Opera and will sing it at the Metropolitan Opera in December.

His 2011 season has included a number of roles at San Francisco Opera including Albert in Werther, Ragueneau in Cyrano de Bergerac and Sharpless in Madama Butterfly and in June he sings Klinghoffer in The Death of Klinghoffer with the Opera Theatre of Saint Louis. In November he sings Enrico in Lucia di Lammermoor with Washington Opera, having sung the role previously with English National Opera.

“It is always disappointing when an artist has worked hard rehearsing a role but is prevented by illness from singing, and I am sorry that Joshua is unable to appear on Saturday. But we are fortunate to have Brian Mulligan available to step in.

“Brian is an established artist who has performed Valentin previously, and has sufficient rehearsal time to work with the stage director, conductor and his colleagues to ensure an excellent Faust,” comments San Diego Opera General and Artistic Director Ian Campbell.

“Joshua Hopkins will be in our Carmen production opening on May 14 and will be fully back to health well before then.”

We're hoping Joshua will make his Company debut for the Tuesday performance and wish him a speedy recovery.

- April 27, 2011
It was another long elevator ride from the parking garage where we cornered Dr. Nic and asked him to give us 10 interesting facts about Carmen . Sure, we might have hit the buttons so we stopped at every floor and refused to let him off until he shared what he knew, but in the end, it was worth it. With Carmen rehearsals now underway, today seems like a perfect time to share 10 Interesting Facts About Carmen : 1. Carmen was not a flop at its premiere at the Opéra-Comique in Paris on March 3, 1875. It ran for 45 performances, well into June of that year. 2. Carmen was certainly a controversial subject for the usually tepid Opéra-Comique which only staged operas with sentimental, semi-serious plots, never tragedies. 3. The orchestra at the Opéra-Comique rebelled against the demands of the score and the chorus, unused to actually having to act onstage, threatened mass resignation. 4. Carmen was based on a novella by Prosper Mérimée who travelled extensively through Spain and hear
Read more